As a product of the 21st century and its popular culture, I would be hardly remiss to say that I (much like my peers) consume and relish music at a level unlike any other generation of human beings before me has. Almost everyone living in today’s age has cultivated a voracious appetite for music and the variety thereof. Easy access to millions of high quality music tracks has redefined the way we listen to our favourite music, and this unprecedented access brings with it newer genres of music that are shattering stereotypes and effectively reforming the landscape of popular music culture. One such trend is the increasing number of Indigenous artists and how their music shines a light on the experiences of these artists as well as their communities and cultures.

Inaction toward Indigenous issues remains a poignant subject in the current socio-political landscape. Disappearances of Indigenous teens, lack of access to clean drinking water for Indigenous communities, Indigenous youth suicide rate and several other issues continue to plague our society and hardly receive the attention befitting their severity. Therefore many Indigenous artists and bands have begun to present these issues in the form of their unique musical styles. From rap to trip-hop; several genres are decked with the sensational music produced by these artists that is not just musically brilliant and fresh but also carries a very strong message with it. Here are three Indigenous artists making waves in the music industry: Iskwé is a musician of Cree and Irish heritage who operates predominantly in a genre which is an amalgamation of electronic, jazz and R&B. Her music is a great confluence of Indigenous music and new age electronica. It is not necessarily dance music but it is quite an intense experience nevertheless, especially because the lyrical quality of her music lends itself a gravitas very much in line with the issues for which she is trying to advocate for. Tanya Tagaq is a well-known Inuk throat singer hailing from Cambridge Bay, Nunavut. To put it simply, Tagaq’s music is unadulterated and forceful. Her music is charged with vocals that are both emotionally rich and challenging for an audience as they deal a lot with the issues of Indigenous women. Tagaq received a Juno Award in 2015 for Aboriginal recording of the year. This duo comprising of Tiffany Ayalik (Inuit) and Grey Gritt (Métis and Anishinaabe) received the 2017 Juno Award for the Indigenous Music Album of the year. Their music is a wonderful combination of Inuit throat singing and Métis blues. Their music is about self-discovery and reconnecting with their cultural roots. This duo began with storytelling and embarked on their musical journey when they decided to add layers of music as an experiment to accompany the storytelling. 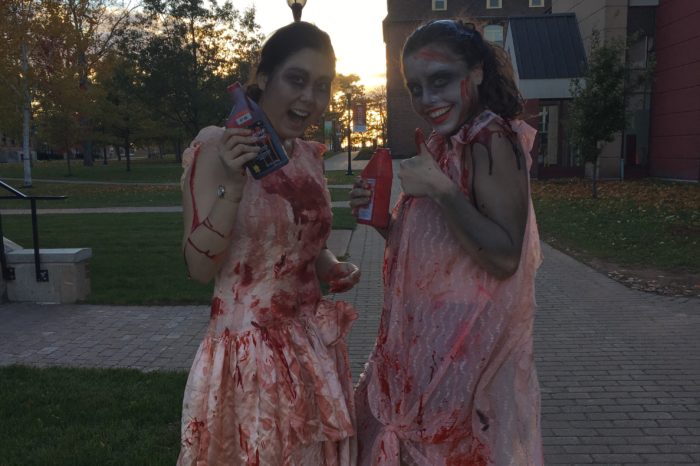 Catching up with Osheaga’s Milk & Bone
2 years ago