A young pride of panthers found their feet Friday as the university’s New Student Orientation (NSO) kicked off its 12-days of fun. Bright-eyed and bushy-tailed, they moved into residence and got acquainted with campus. Meanwhile, Panther vets busied themselves with typical last-minute book shopping and “What did you do this summer?” catch-up. While new students confessed anxieties about diving into the unknown, returning students reassured them with words of wisdom.

“Make friends with someone from another country.”

“Get to know your Profs.” “Welcome. You are officially a Panther for life,” announced UPEI President Greg O’Keefe to a sea of smiling faces. Hoots and hollers filled the air around Alumni Field; it was time for the competitions to begin. 100-meter sprints, four-legged races, and egg-in-spoon chases were all topped with the crowning of those who could stuff their faces with desserts the fastest. Rumours later emerged that skipping breakfast was the key to Yellow team’s victory. Older folks can still hear Belushi and his boys chanting, “Toga, Toga, Toga!” and while NSO is famously calmer than the booze-fueled Frosh weeks of past, the UPEI Toga party tradition lived on Saturday night and had students ironing out their bedsheets, tucking broken tree limbs behind their ears, and moving to the beat of mother nature’s drum. Sunday scaries were warded off with Bollywood Zumba in the SSDE parking lot and then a cool 4K jog on the Confederation Trail. However, with some students turning back at the halfway point, it appeared Saturday night did a real number on them. 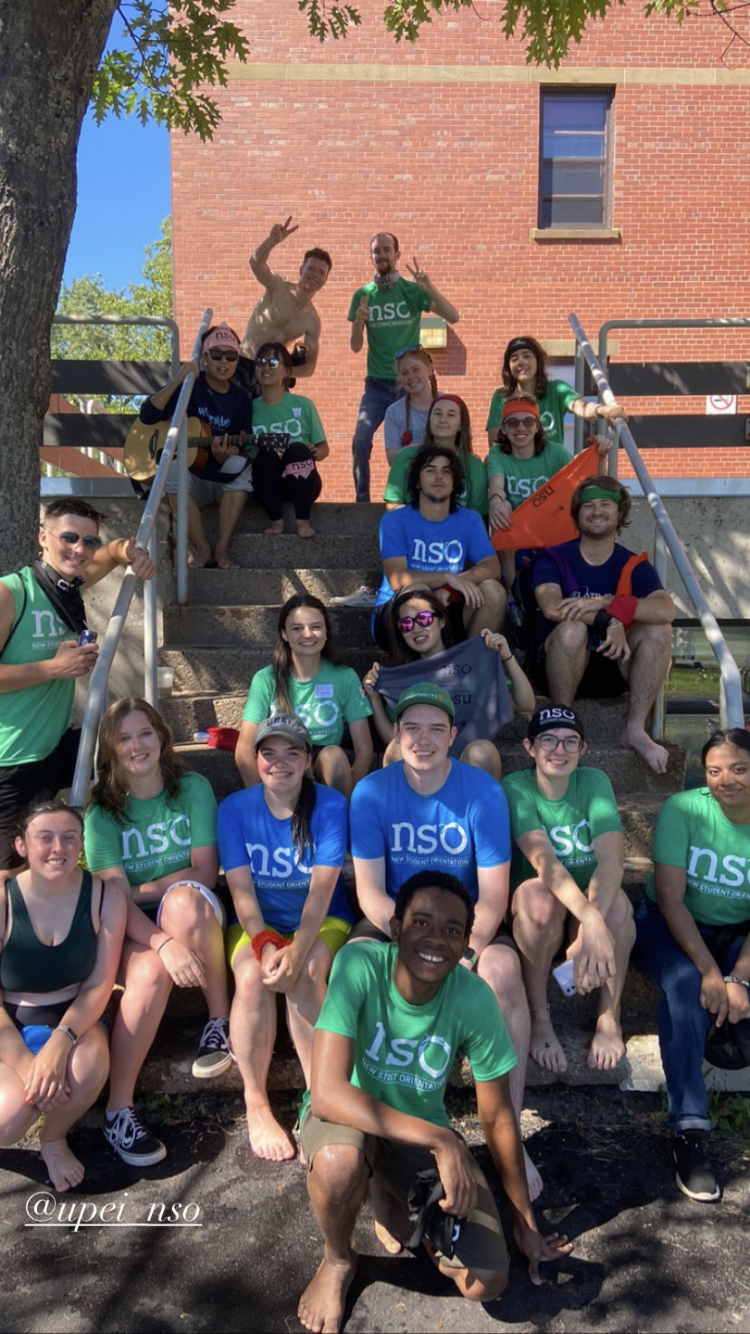 After a broken pipe stifled swimming plans, NSO leaders pivoted brilliantly by setting up a slip-n-slide beside the Chaplaincy Centre. Despite being under the careful judgement of Sister Sue’s cross, it was all-out warfare as soon as the first water balloon was tossed.

Musical talents were brought into the limelight on Sunday as NSO’s annual variety show showcased a host of singers covering everything from Britney Spears to Michael Learns to Rock. Students also witnessed a positively unorthodox art form as line dancers fused their good ole country moves with “Vegas” by Doja Cat. The crew brought the fun downtown Monday, taking in a few historic sights of Charlottetown and more than a few scoops of Wowie Cowie. The day concluded at Pony Boat, Charlottetown’s new and groovy arcade-pub, where Urmila of the Pink team met her match at the ping pong table.

NSO runs until this Sunday, but not before a back-to-school pub at the Fox & Crow Thursday night, beach day Saturday, and finally, a closing brunch and awards ceremony. Let the good times roll.

By Jake MacCallum, Editor in Chief S.I.D.'s End of Summer Party to be Hosted Saturday at Fox & Crow